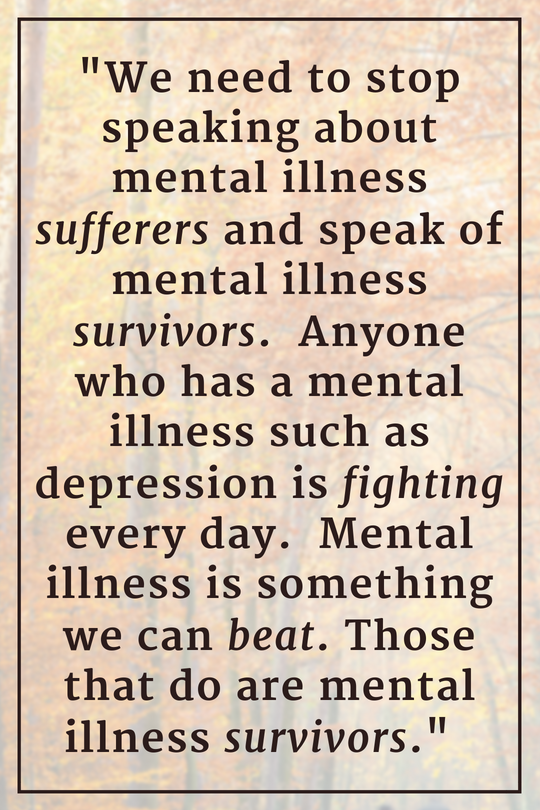 June is Men’s Mental Health Month. In the U.S., over 6 million adult men are experiencing depression in any given year. Depression and other mental illnesses are often treatable, yet men are less likely than women to seek treatment for depression, substance abuse, and stressful life events.

Could you tell us a little bit about yourself?

In your experience, are there aspects of our culture that make it difficult for men who are struggling with their mental health to seek help?

I don’t think it is any mystery that for most of the history of Western culture, the expectations that were placed upon men, especially by other men, were ones that were difficult to meet. We were expected to be brave, strong, not show fear, work hard, don’t complain, don’t ask for help, and especially don’t talk about your feelings. Also, especially, never admit a failing, feeling or fear.

While we have worked very hard in recent times to correct such thinking, I still think it is a lasting narrative that is as seductive as a reason as it is an excuse. Many mental illnesses, such as depression, thrive on good excuses for not wanting to get help.

I believe that because of these cultural and historical reasons, men are statistically far less likely to seek help. When they do, they are less likely to stick with it. On average, almost a hundred men a day die by suicide (around 35,000 a year). It’s a real problem.

Do you think peer-to-peer support – for example, men connecting with other men who have been in their shoes – could be an effective way to encourage men to reach out for help?

Most definitely. And, I am aware such organizations exist and are doing great work. For instance, locally there is the Face It Foundation (https://www.faceitfoundation.org) who focus their support offerings specifically toward men. It started with a simple premise, just getting some guys together for breakfast to talk about this stuff. It’s a great approach because it’s not some formal support group. It’s some guys having pancakes at Perkins. It’s casual and men can let their guard down when they realize all the other guys around the table are facing this stuff too.

Well, I’m a writer. I believe that words mean things. Silly, I know. 🙂

But, seriously, we need to change the language we use surrounding this stuff. Most people don’t know that there used to be great fear and stigma around cancer. No one knew what caused it, it was spoken of in hushed tones, and people were expected to just stay home, waste away, and die. There was great shame if you got it.

Today, cancer is associated with words like bravery and courage. We fight cancer. We beat cancer. Those that do are cancer survivors. We fill the store shelves with pink stuff during awareness month and we celebrate those still among us. Such words change the way we perceive those who have cancer but also our funding and approach toward treatment and a cure. Not only that but the positive attitude has a direct, scientifically proven, effect on the chances of survival.

If we can do this, if we can change the language and our cultural attitudes around this, it will help — men especially. It would turn something many view as shameful into a courageous battle. Maybe during mental health awareness month, we can fill the store shelves with green stuff and celebrate our survivors. This would change the funding and awareness. I can’t help but believe such a change in language and attitude would have an equally positive impact on the chances of survival too.